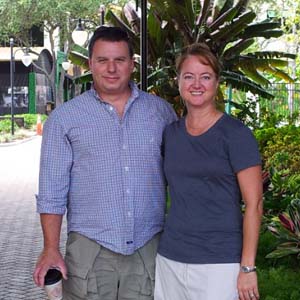 When Tina Stines’ husband, Doug, said he wanted to take sailing lessons in 2007, she decided to go along for the ride — despite being in the midst of her junior year of nursing school.

“Living on the water — and on a sailboat, to boot — has been a dream of ours for some time,” Tina shares. “The lessons were a blast, and by the time I graduated, we were making plans to buy our own boat.”

Tina took a job at the VA hospital in Asheville, N.C., immediately after graduation and met a former travel nurse there. The idea of travel nursing piqued her interest.

“I had no idea that this kind of opportunity existed and began to wonder how we could incorporate this type of nursing into our future,” Tina recalls. “Doug still had five years before he could take an early-age retirement, so we had plenty of time to think about it and plan it out. That went by fast!”

Over the next few years, Tina and Doug downsized their home and belongings in North Carolina and bought their sailboat, Pieridae, in 2011. While waiting for the time to come when Doug could finally retire, Tina took a travel assignment in Gainesville, Fla., to see if it travel nursing was the right fit for her. It was. 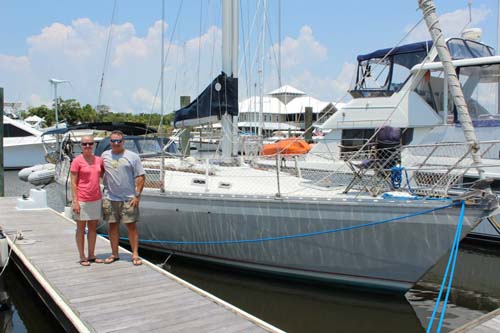 “I loved it! One of the many things I realized and I love about traveling are the incredible people I get to meet, work with and learn from, both inside and outside of work,” Tina says.

“We and our cat moved aboard Pieridae in April 2013 and stayed there for two assignments. We rode our bikes everywhere, since we were now at sea level rather than in the mountains,” Tina recalls. “I bought a paddleboard and enjoyed that tremendously. I listened to many audio books on my daily commutes, and we again met some wonderful people that we feel honored to know.”

In order to accommodate their new lifestyle living on a sailboat, Tina chose to only take assignments on the East Coast with water deep enough for the boat and a warm climate. She also worked two assignments at each destination.

“One of the hardest things about traveling? Leaving my new friends every 13-26 weeks,” Tina says.

When she took her next assignment, this time with RNnetwork, in Brunswick, Ga., it required some extra planning. She and Doug moved their cars down to Georgia, rented one to drive back up to Southport, N.C., and sailed the boat to Brunswick.

“This was the first time we had moved our boat for an assignment, and I realized that this would be another love about traveling. The trip was beautiful,” Tina expresses. “Although I had to stow my paddleboard for the winter, we still rode our bikes quite a bit. My coworkers and outside friends were unforgettable.”

Tina is currently on assignment with RNnetwork in Charleston, S.C., and she and Doug will be moving to Jacksonville, Fla., for her next assignment at the end of November as part of their quest to stay warm.

“Danae Meek, my recruiter, has been very understanding of our special situation for each potential assignment and has worked with our needs every step of the way,” Tina says. “Doug has joined a sailboat racing team, and I have been able to race with them a few times. Our friends at the Medical University of South Carolina (MUSC) and here on the dock have once again proven how much we will miss them each time we go.”

Though Tina will miss her friends and staff members in South Carolina, she is excited for her new adventure.

“I am hoping the trip will be as fun as the last two and am again looking forward to all those new people,” she says. “Thanks to Danae and my entire team at RNnetwork for helping us make this part of our lives unforgettable!” 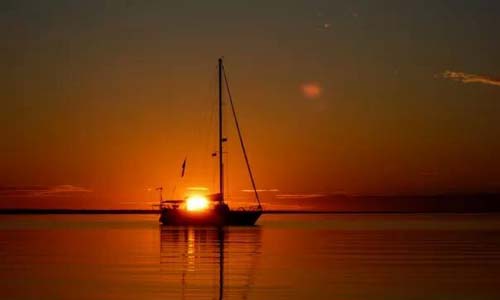 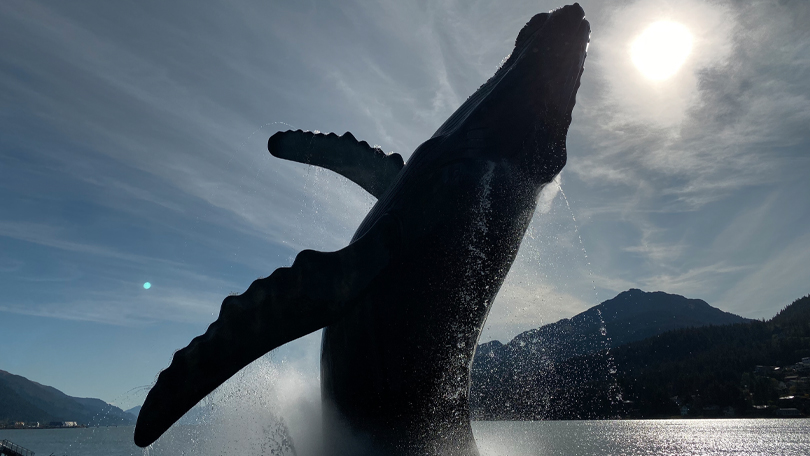 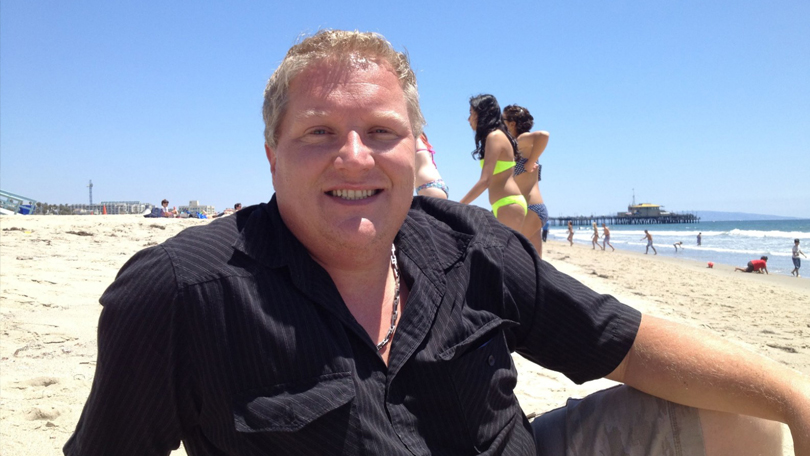 Let’s hear it for the boys! Meet the men of travel nursing 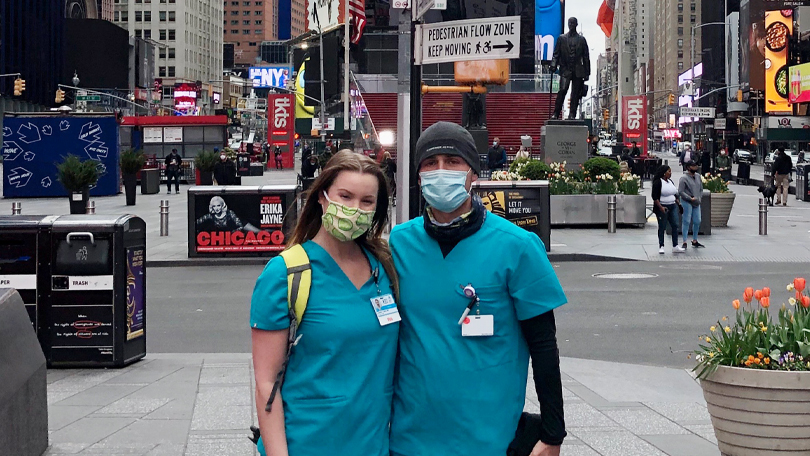 In honor of Men's Health Month, let's celebrate a

In need of some new scrubs? A few nurses shared a

We condemn racism and bigotry in any form. We are