Although men only make up around 10% of the nursing force, they’re just as valued as their female counterparts. Here are the stories of a few of our favorite men of travel nursing.

The story of a machinist becoming an OR circulating nurse is not a common one. But Mike Brown, at the age of 40, realized he was burned out and wanted a career that allowed him to give back. Observing the impact his sister made as a nurse, he decided to follow that career path too. He’s been a nurse now for six years and loves every minute of the travel nurse lifestyle. Both Mike and his wife are lovers of the outdoors and choose their assignments accordingly, but a couple assignments in Alaska really stand out.

“There’s a ton of stuff to do up there,” Mike says. “Anything from hot springs, to spas, to art museums, to the North Pole. We did all kinds of hiking, animal sightseeing — anything you want to do. We went out fishing for salmon, and when they are running you can catch them right off the beach and they’re ungodly delicious.”

Mike says travel nursing is a great way to enjoy the different locations like the locals do.

“One of the reasons I became a travel nurse is to travel and let you guys pay for it!” he told us with a laugh.

When he was in his late 30s, Scott Carpenter was at a crossroads.

“I decided to go into nursing because I found myself in my late 30s with no career,” he says. “All my friends were going on vacations, being able to spend money, and here I am sitting at home. I’ve since fallen in love with the patients and it really made me feel like I have a purpose in life to be able to help people.”

Aside from the freedom to travel and save money, Scott feels like he’s making a difference. “I had a friend who passed away, and while I was in the hospital, I saw changes happening to him, not knowing what was going on. I wanted to get into nursing to help people because I felt like I wasn’t able to help my friend, but I’m now in a position where I can help.”

Like Mike, Scott loves traveling, meeting new people, and learning new things. He also enjoys the opportunity to share his years of nursing experience with those nurses who may need some mentoring.

“I find myself teaching them,” he says, “which I love to do anyway, but I’ll quiz them. I enjoy doing that.”

Being a nurse and a mentor is a lot of work, and Carpenter has his own ways of winding down. “I’m a movie goer; I like horror movies, but mostly comedy. And I just like to go to movies by myself. That’s my decompression.”

Carpenter also loves to paint with acrylics, but once his hobby became public knowledge, he got himself in trouble with the staff. “I’ve had two classes for nurses and techs at the hospital where they’ve come to my hotel to paint, but others are pissed because they didn’t get to go. Now I invite everybody and have paint classes. It’s a lot of fun.

“To this day I still communicate with some of the other nurses I worked with in West Virginia and in New Orleans, so I always have a place to stay when I want to travel across country again.”

In high school, cardiothoracic step-down nurse Luke Frey knew he’d either be a physical therapist or a nurse. Then fate stepped in — in the form of a cat.

“My mom actually got bitten by our cat and ended up getting septic,” Luke recalls. “She was at home for six weeks. Luckily, it was over the summer break, so I was taking care of her, getting her antibiotics, hooking up her IV. I thought, ‘Well, I think I could do this. I like it. This is fun.’ And the rest is history.”

Luke’s plan from the outset was to be a travel nurse. Little did he know this decision would perfectly align with his soon-to-be bride. “My fiancée Blair was in a spinoff of the Bachelorette called the Blairettes, which is Nashville-based,” Luke says. “I was working in Philadelphia, and the long-distance relationship was tough, and it was getting harder and harder each time to say good-bye.”

Then fate stepped in again — this time in the form of an RNnetwork recruiter who was a fan of “Blairettes” — and a job was quickly lined up for him in Nashville, where they will soon be married. Luke says the pair plan to use the freedom of travel nursing to travel and have many adventures.

“I’m excited to travel as a couple, especially since we both love traveling — just to experience different places together and different cultures and ways of life. And we can do that with travel nursing.”

While working a nursing shift on a cold day in Wyoming, med/surg nurse Chris Hegglund was speaking with a travel nurse on shift. Intrigued, he asked her about travel nursing.

“She said she gets to travel for work for three months at a time and see the rest of the country and meet new people,” he says. “And she said, ‘The people you don’t like, you don’t ever have to see them again.’ I thought, ‘Man, where do I sign up for this?’”

He’s enjoyed everywhere he’s traveled, but so far his favorite state to work in is Arizona. He says he loves the Southwestern state, “because of the cultural mix of people and the abundance of delicious tacos. Sometimes I think the dirtier the truck, the better the food,” he jokes.

Because of the good income he earns working travel nursing, Chris was able to take a long break and open a shave ice truck. “I took five months off, and when I came back to work this November I was fully charged, and my patient care stepped up a notch too.”

One memorable moment for Chris was when he used the shave ice from his truck to mold snowballs for some school kids for an epic snowball fight — in the Arizona heat.

“Most of them have never played in snow before, and here we are in the desert having an epic snowball fight. It was so awesome!”

These are just a few of our favorite men of travel nursing, but there are some many more just like them. Who are your favorite male travel nurses? Share your tributes in the comments below. 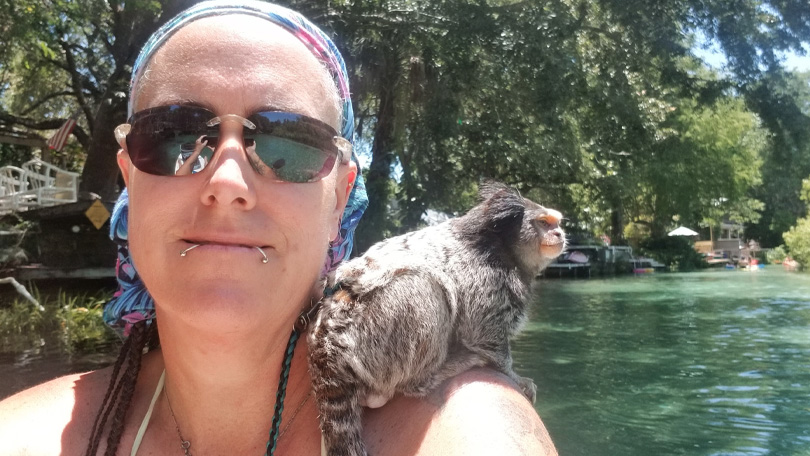 Adventures in travel nursing: A van, a marmoset, and the open road 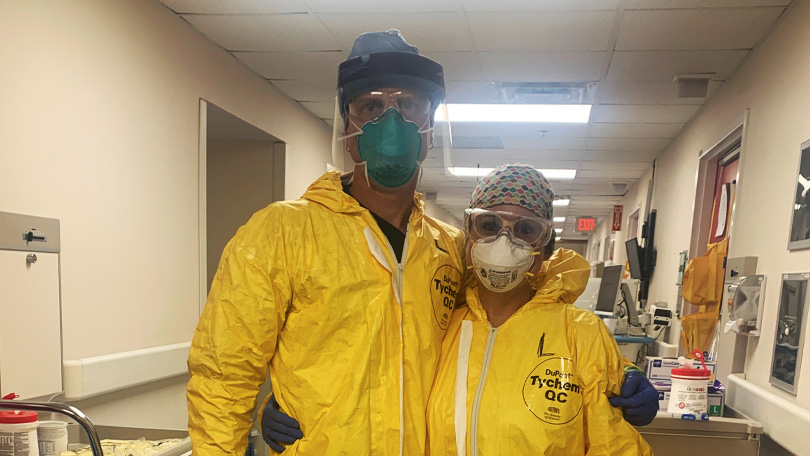 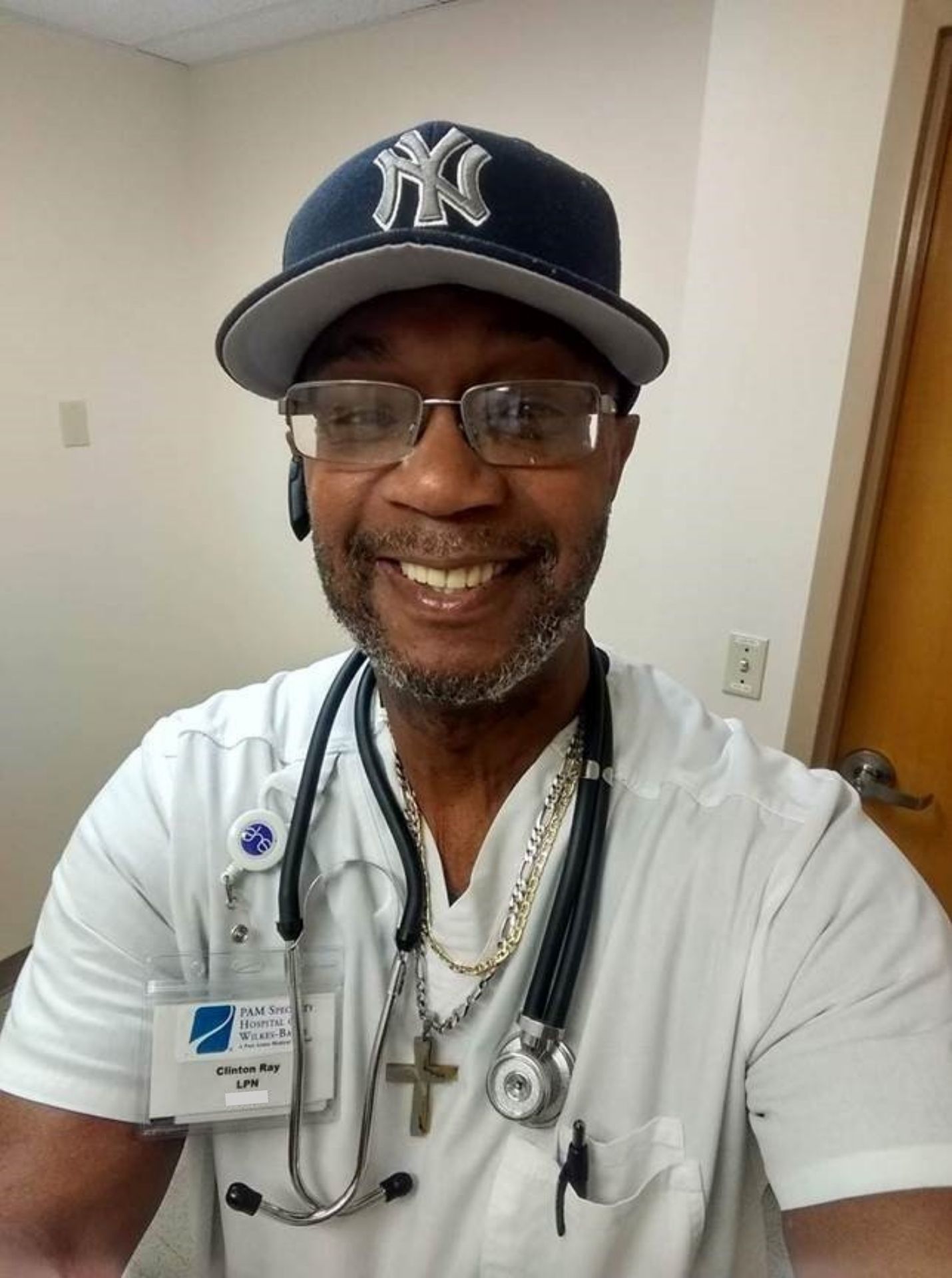 2020 RNnetwork Traveler of the Month winners

Did you know that you can still enjoy the benefits

Wishing you all a fun and safe Independence Day!

If you could take any animal on the road with you,