RNnetwork works with the best travel nurses in the country (and probably the world). Each month we recognize one of them with the RNnetwork Nurse of the Month award.

Here’s a little bit about each of our 2018 winners. 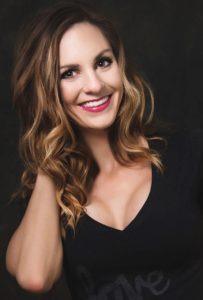 Alayna, a labor and delivery nurse, is celebrating her one-year anniversary with RNnetwork this month. When she’s not taking care of mothers and babies at work, she’s honing her photography skills as a maternity and newborn photographer. Always looking for a new challenge, Alayna decided to start travel nursing to gain more experience in her field.

“I enjoy meeting new people and seeing new places, and I’m always willing to try something new,” she says.

When Alayna isn’t busy in the delivery room, she’s taking care of her own little one. Alayna and her recruiter Erik were able to work together to find travel nursing assignments close to home, so she wouldn’t have to sacrifice any time with her four-year-old son.

One of Alayna’s favorite parts of her job is the difference she makes to her patients. One late night in particular, Alayna’s patient went from a routine bedside ultrasound to an emergency c-section in under 18 minutes.

“It’s an overwhelming feeling knowing that I played a major part in saving her baby’s life, and I’m pretty sure I cried when I heard him cry for the first time,” Alayna shares. 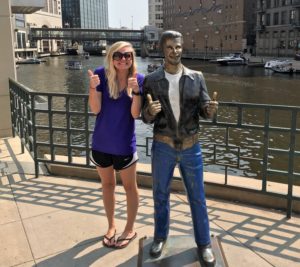 Charity may have just completed her first travel assignment, but she’s no rookie. She has two and a half years of mother-baby experience under her belt. Charity, along with her husband and beloved dog, travel the county in their RV, something they have always wanted to do.

“Still being a younger nurse, I knew travel nursing would give me the new experiences that would help me grow in my career, and also just make me a more well-rounded person in general,” she shares.

She adds, “Mother-baby nursing is rewarding in so many ways. Teaching a brand-new mom how to care for her new baby is such a cool thing to be a part of.”

When she’s not at work, Charity enjoys spending time with her husband exploring the outdoors, hiking, or fishing. Admittedly, some of Charity’s favorite times are when the whole family, including their German Shepard, are piled on the couch for movie night. 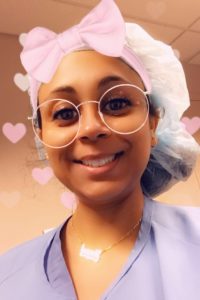 Marisa has been an operating room nurse for three years. Outside of the OR, Marisa is either showing off her skills in the kitchen, finding new, hot restaurants, or binge watching different TV shows.

In search of change and new experiences, Marisa started traveling with RNnetwork two years ago.

“I wanted to learn new things, techniques, and equipment to incorporate into my profession,” she says.

One of the most impactful things to happen to Marisa while on assignment was when she was welcomed and treated as a member of the OR family. 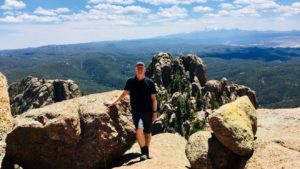 Aaron is currently on his first travel assignment and has been a part of the RNnetwork family for five months now. While he may be new to traveling, Aaron’s quite the veteran with 11 years of nursing experience. He specializes in cardiovascular intensive care, but outside of the CVICU, Aaron enjoys hiking and drawing. He’s found a creative way to bring his hobbies together, sketching the different places he’s been.

Aaron decided to start traveling because he wanted to bring his skills and abilities to the places they are needed most. However, while working his first assignment, he’s realized that his own learning and development has also increased. When talking about the most impactful thing to happen to him on assignment, Aaron shares:

“One of the most extraordinary things to happen on my assignment was being invited to watch an open-heart surgery for a patient I helped recover afterwards. This helped me connect to my team and patients early on.” 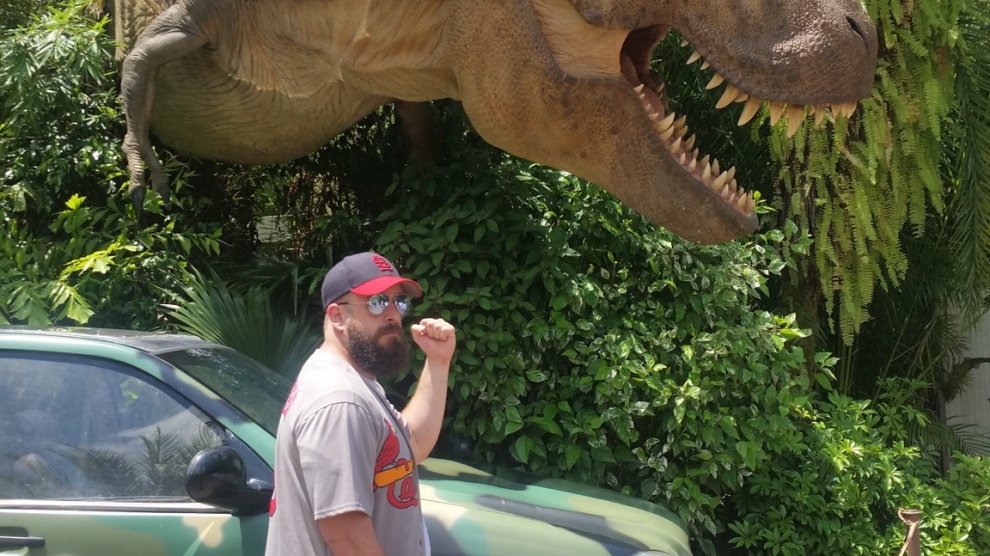 Brad has been an ER nurse for six years and traveling with RNnetwork for the past four years. Outside of the ER, Brad enjoys the outdoors — anything from hiking to hunting and fishing — and often relaxes at baseball games and concerts. One of the reasons he loves to take travel assignments is the opportunity to see other cities and explore the world.

“I’ve had some great adventures so far, and looking forward to many more,” Brad shares.

The most impactful moment for Brad as a travel nurse was when he took over as a charge nurse while on one of his assignments. During this time, he was able to provide learning opportunities, improve the skills and happiness of staff, create efficiency on the floor, and improve patient care. This showed Brad that his own training was strong and that he could make a meaningful impact on the patients he serves. 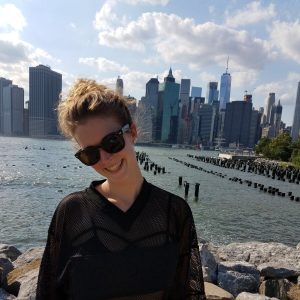 Whitney has been an ER nurse for five years, but her love of travel nursing goes back way further.

“I’ve wanted to be a travel nurse since I was 13,” she says. “The idea of traveling the world, while helping people, sounded like my dream job — and it is!”

Not only does traveling allow Whitney to help people, it’s also been good for her career. “Every assignment teaches me something new that I never would have learned had I stayed in one place. I’ve worked at the best stroke center in the world, at trauma centers, at smaller hospitals with no pharmacy and no RT,” she says.

“All of this exposes me to different techniques, methods, and technologies. I’m a more confident nurse because of it, and I’m always so excited to see what I’m going to learn next.”

When she’s not working, Whitney loves to dance, hike, sail, and hang out with her puppy — who is also a traveler. “He rode his first plane yesterday and has traveled to five states already!” 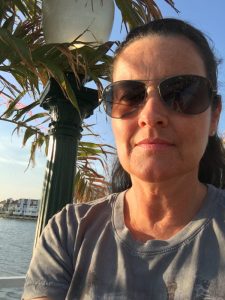 Valerie has been an operating room nurse since 2005 and traveling with RNnetwork since January 2014. In the OR, Valerie’s skill set allows her to both scrub and circulate. Outside of the OR, Valerie enjoys sightseeing anything from beaches to mountains and loves craft breweries and wineries.

Valerie decided to begin her travel nursing journey for the freedom and to meet new people.

Valerie also wanted the opportunity to see other hospitals and learn how things are done in different places.

Specializing in neonatal intensive care, Stacy’s been nursing for eight years and traveling for two. She started travel nursing to see the country and for the opportunity to learn more ways to care for her patients.

“It truly is a blessing to be part of these little people’s journey!” she says of her neonatal patients.

Stacy decided to begin travel nursing to see the country and for the opportunity to learn more ways to care for her patients. In her spare time, Stacy enjoys company from her two Yorkies, Luther and Henry.

Stacy joined RNN by way of referral but stayed because of the connection she feels with her recruiter, Diedra. “Lots of recruiters will say they will work their hardest for you but Diedra really gives her heart and soul every time!” she says.

In her spare time, Stacy enjoys company from her two Yorkies, Luther and Henry. 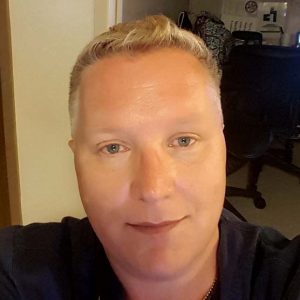 Chris, a specialist in Medical Surgical and PCU, has been a nurse for 11 years and part of the RNnetwork family for five. Originally from Wyoming, which “meant snow and wind for much of the year,” Chris began travel nursing to see the country while continuing to care for people.

“I instantly had a connection with Rachel Southworth,” Chris says this is why he chose RNN. “We’ve been together for my entire travel nurse career. I feel like she has my back.”

Chris believes the most impactful thing he’s done as a nurse is simply listening to his patients. He realizes that his path crosses with his patients’ at a difficult time for them, and meets them with an ear, a shoulder, a hug, or all three.

“Call it empathy, Karma, the Golden Rule, or whatever…I just do what feels right in the moment.” 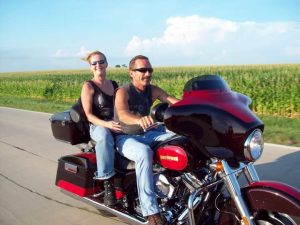 Joy, a home-health nurse, has been a part of the RNnetwork family for two years now. This coming May, she will celebrate 40 years of nursing.

“I started traveling because I wanted a change and me and my husband wanted to travel. I wasn’t ready to retire and I felt it would be a great chance to see the country.”

In her spare time, Joy enjoys reading, riding the motorcycle with her husband, Doug, and boating. Joy is also a full time dog mom of three.

“My little dogs are very important to me! I have three Shih Tzus named Faith, Max, and Jenny.” 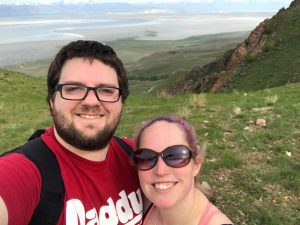 Bryan Flake has been a travel nurse with RNnetwork for more almost four years. When he’s not working in the NNICU, he’s playing guitar or spending time outdoors with his wife and three kids.

“Initially I got into travel nursing because I needed to make more income to help support my growing family,” Bryan says. “I read about travel nursing and how in-demand it was and figured I’d give it a shot. I’m so glad I did. My family is in a much better situation and we are now focused on exploring different areas of the country together.”

Bryan has a great relationship with his Chris, his RNnetwork recruiter.

“To be honest, I spoke with about 15 companies before I started traveling,” he adds. “Chris was the only one willing to take a chance on me and I really liked and trusted him. He told me that he would do everything he could to help me and my family and he did! Most other companies told me to call them back in a year or two when I had more experience. But Chris believed in me and helped me find my first job. I’ve been with Chris and RNnetwork ever since.” 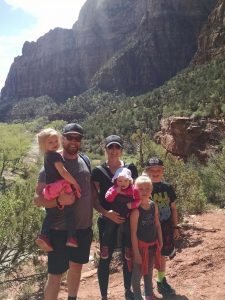 Let’s hear it for Joni, the first RNnetwork Nurse of the Month of 2018. She’s been traveling with us for almost three years. She doesn’t believe in rest – when she’s not working, she’s hiking, swimming, camping, and living/loving the mom life.

“I’m not too adventurous in my travels,” Joni says. “I stay pretty local. But no matter where I have gone I have been blessed with many great nurses who have influenced my life for good, and for that I am truly grateful!”

Want to meet the 2017 RNnetwork Nurse of the Month winners? Click here. 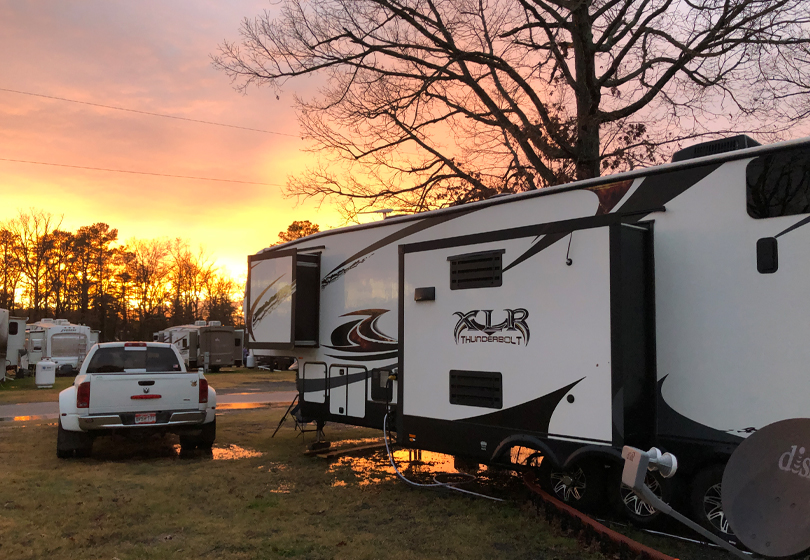 Spencer Sutherland is the senior public relations manager at RNnetwork's parent company, CHG Healthcare, and has been writing about healthcare for more than a decade.

Angels on the road: Home health in rural communities
Coast to coast: Veteran travel nurse reflects on a decade of service
Comment